Opening in Summer of 2017, you will be able to visit Pandora at Animal Kingdom. Some of the highlight features are the Na’vi River Journey, AVATAR Flight of Passage, Satu’li Canteen Restaurant and Pongu Pongu drink location and Windtraders gift shop.

With Epcot® being the second park built at Walt Disney World®, this year on October 1st, it will celebrate its 35th anniversary. 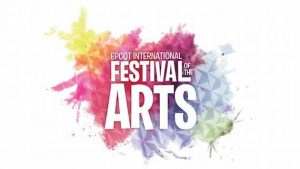 On January 20, 27, February 2, 9, 16, March 2, and 9, you can purchase tickets for a 3-hour event that will feature shorter lines for rides, attractions and meeting your favorite characters. Tickets are $119 per person plus tax.

During the Flower and Garden Festival at Epcot®, you will be able to get dining packages on select days they combine dinner and special reserved seating for the Garden Rocks Concert Series.

Starting in this Spring, when you go to Disney’s Typhoon Lagoon, you and your family can enjoy a “new” Family Raft Ride. It plans to be the longest Disney water park attraction. This ride will immerse you and your family in the story of Captain Mary Oceaneer, a treasure hunter, where you ascend into a whitewater adventure and you may encounter some of her treasure.

Enjoy 75 days of the Epcot® International Food and Wine Festival that runs from August 31st-November 13th.

In 2017, you and your family will be able to enjoy the return of “Mickey’s Very Merry Christmas Party” at the Magic Kingdom®®, the “Candlelight Processional” at Epcot and “Jingle Bell, Jingle BAM” at Hollywood Studios. 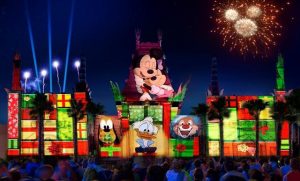 Throughout 2017, we can expect more information coming out about the much-anticipated Star Wars themed land at Disney’s Hollywood Studios.

At Disney’s Hollywood Studios, you can check out “Star Wars: A Galactic Spectacular” Fireworks that uses that latest in lighting, projection effects, pyrotechnics and lasers. 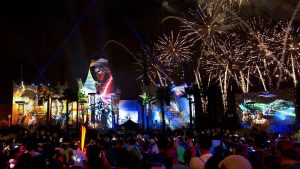 MagicBands 2 are now available, that offer all of the same functions as the original bands. 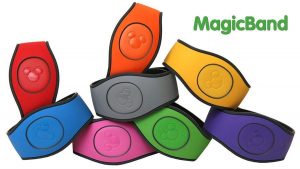 At Disney’s Hollywood Studios, there is a new seven-hour tour that is led by a Star Wars “all-in-the-know” tour guide. The tour, Star Tours-The Adventures Continue, includes character meet and greets at Star War Launch Bay, you can screen “Star Wars: Path of the Jedi” and Star Wars themed menu items at the Backlot Express. When the tour is over, you will get to enjoy the Star Wars: A Galactic Spectacular Dessert Party with reserved seating for the show. Even kids that are aged 4 to 12 can also train in The Force in the Jedi Training: Trials of the Temple. The cost for this tour is $129 per person.

This year is the 20th anniversary of runDisney and they’ve made Donald the mascot! Even the Princess Half Marathon is themed after “Beauty and Beast” in anticipation of the release of the live action movie in March 2017.

There are new props you can see from Rogue One: A Star Wars Story.

Opening this summer, Boulder Ridge Cove pool will have an expanded sun deck and a zero-depth-entry pool in what will appear to be an abandoned rock quarry. Also, opening in the summer will be a new quick-service dining location at the feature pool called Geyser Point Bar and Grill. 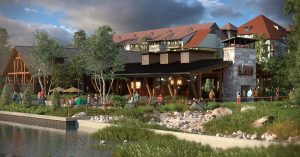 Starting March 1st and running to May 29th, there will be brand-new topiaries featuring Belle and Figment and two more outdoor kitchens, which brings the total to 15 outdoor kitchens! There will also be a “Cars” interactive play garden for kids. 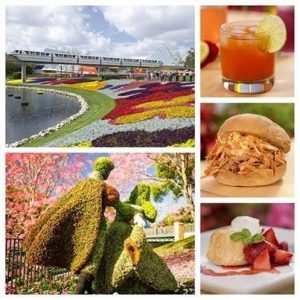 In 2017, more updates and opening dates will be coming about the new dining options at Disney Springs for Plant Hollywood Observatory, Paddlefish, The Polite Pig, The Edison and Wine Bar George.