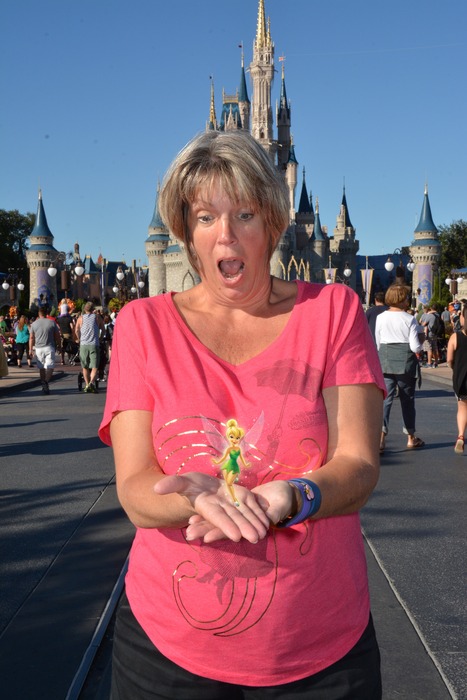 When my husband first suggested going to Walt Disney World for our honeymoon in 1984, my initial response was there was no way I was going to an “amusement park” for my honeymoon.  So we went to Lake Tahoe instead!  But boy was my perception of Disney World wrong!  When I did actually make my first trip to Walt Disney World in 1985, I was absolutely blown away by the beauty of the entire “world”.  I fell in love with Cinderella’s Castle with its beautiful mosaic tiles, was in awe of Epcot and the countries in World Showcase, and enamored with the Polynesian, one of the few resorts on property at the time.  And now 30 years later, we have traveled to Disney World almost every year since, and still can never get enough.  My two grown children love it as much as I do and still want to go there year-after-year.   So I consider myself very fortunate to work for a company where I can live with Disney magic every day!  I’ve been to Disney World, Disneyland, on three of the Disney Cruise ships, and even  to Peru with Adventures by Disney.  All of it is amazing, and I still love it 30 years after my first trip!  And I’d be very happy to share my knowledge and help you plan an awesome trip for you and your family!